The story of a land is the story of its people. Karnataka, the land of incredible biodiversity and varying topography, also boasts of a rich history and heritage shaped by its people. A testament to the state’s rich cultural tapestry is the fact that it has the most number of GI-tagged products in India.

With as many as 42 (and counting!) products across sectors like agriculture, handicrafts and manufacturing, Karnataka stands tall among the Indian states as an ambassador of indigenous produce and craftsmanship. Listed below are a few of the state’s GI-tagged manufactured products: 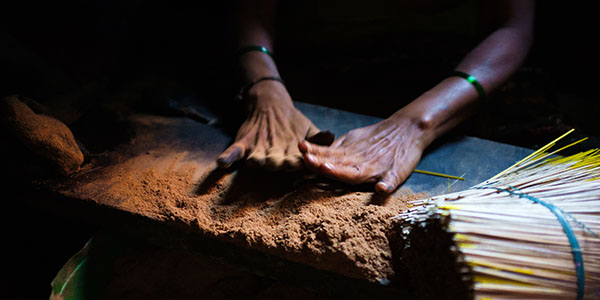 Made using locally grown ingredients found in the state of Karnataka, this heavenly incense was awarded the Geographical Indication tag from the Government of India in 2005 due to its historic background and the remote availability of the materials used.

The making of Mysore Agarbathi became an organised industry in Bangalore during the 1900s. The incense sticks are locally known as oodabathies (blowing fumes). Herbs, flowers, essential oils, barks, roots and charcoal are ground into a smooth paste, then rolled onto bamboo sticks and dried in the sun. The key ingredients Sandalwood and Ailanthus malabaricum (which yields halmadi) are indigenous to the forests of Karnataka, thus earning the product its GI tag.

This is a trademarked perfume oil extracted from the Santalum Album variety of sandalwood tree that grows in the Mysore district of Karnataka, India. Prior to World War I, sandalwood from Mysore was taken all the way to Germany for distillation and sold there. However, when the first World War commenced in 1914, this Indo-German route had to be closed down, resulting in a loss of revenue to the exchequer.

Due to this closure, the Maharajah of Mysore appointed Alfred Chatterton, the Director of Industries in Mysore, to develop a system to distill the oil locally. Chatterton enlisted the help of Professors J. J. Sudborough and H. E. Watson who extracted the first sample of sandalwood oil in India at the Indian Institute of Science. In 1916-17, the sandalwood oil distillery was established in Mysore by the then Mysore government (now the Karnataka government) to distill oil from sandalwood. In 1977, Mysore had about 85,000 sandalwood trees, and production reported during 1985-86 was about 20,000 kilograms (44,000 lb) of raw sandalwood. The Government has since introduced special laws and regulations to preserve the sandalwood forests.

Mysore Sandal Soap is a brand of soap manufactured by the Karnataka Soaps and Detergents Limited (KSDL), a company owned by the Government of Karnataka in India. This soap has been in production since 1916, when Krishna Raja Wadiyar IV, the king of Mysore, set up the Government Soap Factory in Bangalore. The main motivation for setting up the factory was the excessive sandalwood reserves that the Mysore Kingdom had, which could not be exported to Europe because of the First World War. In 1980, KSDL was incorporated as a company by merging the Government Soap Factory with the sandalwood oil factories at Mysore and Shimoga.

Mysore Sandal Soap is the only soap in the world made from 100% pure sandalwood oil. In the early 20th century, the Mysore Kingdom in India was one of the largest producers of sandalwood in the world. It was also one of the major exporters of the wood, most of which was exported to Europe. During the First World War, large reserves of sandalwood were left over since they could not be exported due to the war. To make good use of these reserves, Nalvadi Krishnaraja Wadiyar, the king of Mysore, established the Government Soap Factory in Bangalore. In 1944, another sandalwood oil factory was set up at Shimoga.